We were approached by an architect to help prepare and submit an appeal for the erection of a fence and gate outside their client’s home in Romsey. 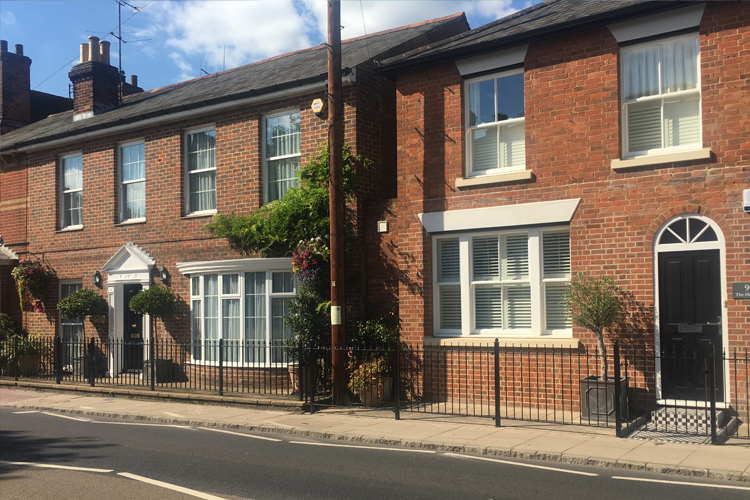 We were approached by an architect to help prepare and submit an appeal for the erection of a fence and gate outside their client’s home in Romsey. The site comprised a late 19th century former shopfront, which was converted and extended into a dwelling. The house was positioned within Romsey Conservation Area and was surrounded by various Listed Buildings.

The clients required the iron railings for additional security and had already erected them. However, the Conservation Officer argued that the development was of poor design that failed to improve the character, function and quality of the area. We were therefore instructed to prepare a householder appeal against the decision of the Council.

To ensure that a robust and well-argued Statement of Case was provided in support of the appeal, we attended a site visit to fully understand the site’s context and character of the area. The Local Planning Authority was particularly concerned about the detailed design of the railings and the absence of a low boundary wall. We therefore took photographic evidence of all other boundary treatments, including other railings, to show that there was a mix of styles. In the absence of consistent low boundary walls, we argued that the proposal would not impact the character and appearance of the Conservation Area.

We also examined the important characteristics of the Conservation Area and its history, to show that the proposed development would have no impact on its significance as a heritage asset. Whilst there were Grade II Listed properties surrounding the site, we demonstrated that the proposal would not be read in connection with these buildings and that it would not adversely impact the setting of these heritage assets.

We assessed the development against the policies of the Test Valley Adopted Revised Local Plan regarding heritage assets, along with the National Planning Policy Framework and the Planning (Listed Buildings and Conservation Areas) Act 1990. The Planning Inspector agreed with our arguments and allowed the Householder Appeal. The clients can now leave the railings as they are and do not have to worry about the risk of enforcement action.