Our clients approached us during the course of their application because the Planning Officer was minded to refuse their proposal. They had submitted plans to Enfield Council for the demolition of existing garages and the erection of a four-storey building, comprising 9 flats. The site was positioned along the North Circular in London, amongst a mix of three, four and five-storey residential developments. Whilst the surrounding area had been developed as part of a large regeneration project, the backland site had been left redundant and in a poor state of repair.

Despite the site being allocated within the North Circular Area Action Plan for development and the scheme proposing a similar style of development to that which already exists, the Planning Officer raised concerns over the proposal. In particular, the impact on neighbouring amenity was highlighted as a concern, along with the outlook for future occupiers. In addition to outlook, access to the site for service vehicles was also questioned.

We were brought in to advise the clients on the best way forward, offering solutions to improve the scheme. With regards to the loss of privacy, we suggested using directional windows to relieve any actual overlooking and a revision of the internal layouts. The method of directional windows was used on a nearby and recent development and as such, the Council were likely to accept this as a suitable solution. In terms of outlook, the ground floor was also rearranged to ensure that suitable living accommodation was provided, and to address the access issues, a Transport Consultant was instructed to prepare a technical note and tracking diagrams.

Whilst these solutions addressed their concerns, the Local Planning Authority was not willing to retract their previous arguments, leading to the refusal of the application. Atlas Planning Group, therefore, lodged an appeal against the decision and submitted a robust Statement of Case, which assessed the development against the London Plan, NPPF and policies contained within Enfield’s own Development Plan. We outlined our arguments in favour of the scheme and highlighted various appeals, where Inspectors found similar developments acceptable. The Statement was also accompanied by various diagrams and photos to support our arguments. 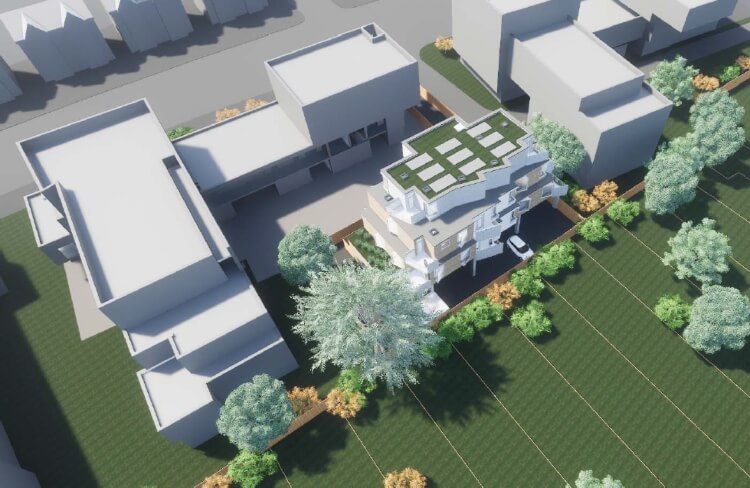 The Inspector agreed with our arguments put forward within the Statement of Case and allowed the appeal. The Inspector also accepted our arguments that the Council had acted ‘unreasonably’ in refusing the application and granted a full award of costs against them.