Client approached us, having run his scaffolding business from an agricultural building for over 10 years. Already a functioning yard, the building had no planning permission to be run as a commercial venture, wasn’t secure and the team couldn’t get vehicles in and out very easily to load/unload at either end of the day.

To obtain planning permission for a new scaffolding yard and the buildings replaced with secure, lockable commercial units, suitable for the demands of a successful scaffolding firm. 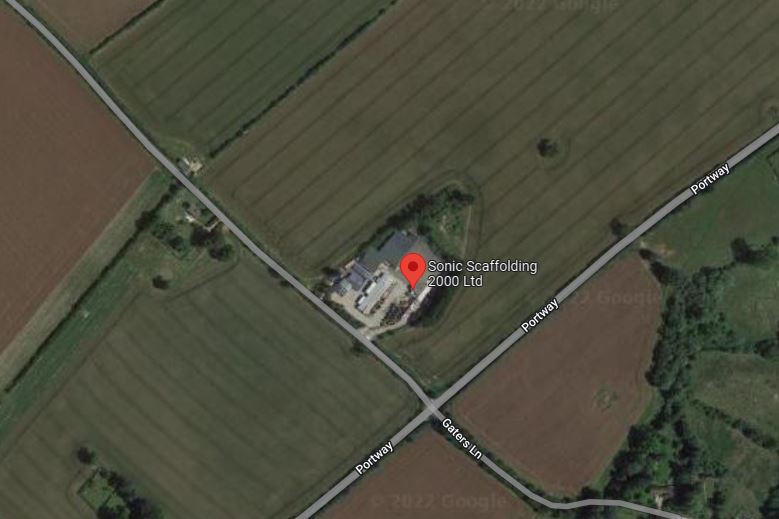 Since the site is in open countryside where new commercial development is restricted, we devised a two-pronged attack. With no planning permission in place for the existing scaffolding yard - although successfully run as one for over 10 years - we recommended securing a Lawful Development Certificate (LDC) first, proving that commercial use of the site is lawful in planning terms. Once the LDC was granted, the principle of development is established, and a planning application can be submitted to replace the existing buildings.

Worth noting... if the scaffolding business had been operating from the agricultural building for less than 10 years, we would have been looking at a retrospective planning application instead of an LDC.

Since the building had been used for commercial purposes for over 10 years, we had to irrevocably demonstrate that its use was solely as a scaffolding firm.

The onus was on the applicant to provide evidence as proof.

We helped our client compile aerial images and Statutory Declarations - legally binding sworn statements – to demonstrate that the buildings had been used as a scaffolding yard, not for agricultural purposes, to establish their lawful use.

The Council had to weigh up the probability of what was true given the evidence we submitted. With a comprehensive set of documents, we demonstrated that the use of the building was lawful. A Lawful Development Certificate was granted – indicating that the client would not be susceptible to enforcement for the breach of planning.

Once secured, the second step was easier.

Since the LDC proved that the scaffold yard was lawful for planning purposes, the Council couldn’t challenge the principle for the re-development of the site, despite its countryside location.

With our experience in appeal decisions, court cases and precedents, we set about demonstrating that the site had a genuine fall-back position. Whilst new commercial uses are normally refused planning permission in the countryside, this site had lawful use as a scaffolding business, irrespective of the application outcome.

We demonstrated that to have a secure, agricultural looking, metal-clad building – no larger or higher than the existing – but in keeping with the surroundings and sympathetic to the landscape, would be far preferable to a scaffolding business run from a metal “not fit for purpose” building. Therefore, re-development of the site was granted planning permission.

Our client’s very happy that planning permission has been granted for a new metal clad building containing 4 separate units each with their own roller doors. Lockable and secure with the flexibility to have vehicles arriving at similar times and reverse into their individual units to load/unload as required.